So, you’re looking to get some added light for your truck, Jeep, or SUV. The first thing most of us think about when considering vehicle lighting is, “how bright is it?”. Brightness is usually measured in lumens, though in recent years some manufacturers have begun to use a different measurement called LUX. A lumen is defined as a unit of luminous flux in the International System of Units, that is equal to the amount of light given out through a solid angle by a source of one candela intensity radiating equally in all directions.

Understanding Manufacturers and Lumens
Manufacturers don’t measure lumens the same way and many don’t even test their lights for brightness. For instance, let’s use an off-brand light bar manufacturer and call them “Bob’s Lights”. They probably buy most of their components, including the individual LEDs from other companies. The individual LEDs Bob’s Lights use each have their own lumen and wattage rating. For the sake of argument, let’s assume this rating is accurate. So, let’s say they use 100 of these individual LEDs in their 50” light bar and the company that made the LEDs told Bob’s Lights that each LED is rated at 400 lumens. All Bob’s Lights has to do is say, “this light bar has 100 LEDs, each rated at 400 lumens, therefore it’s a 40,000 lumen light bar.” That’s how many, if not most, of inexpensive off-brand LED lights are “rated”. It’s not necessarily untrue, but isn’t accurate. 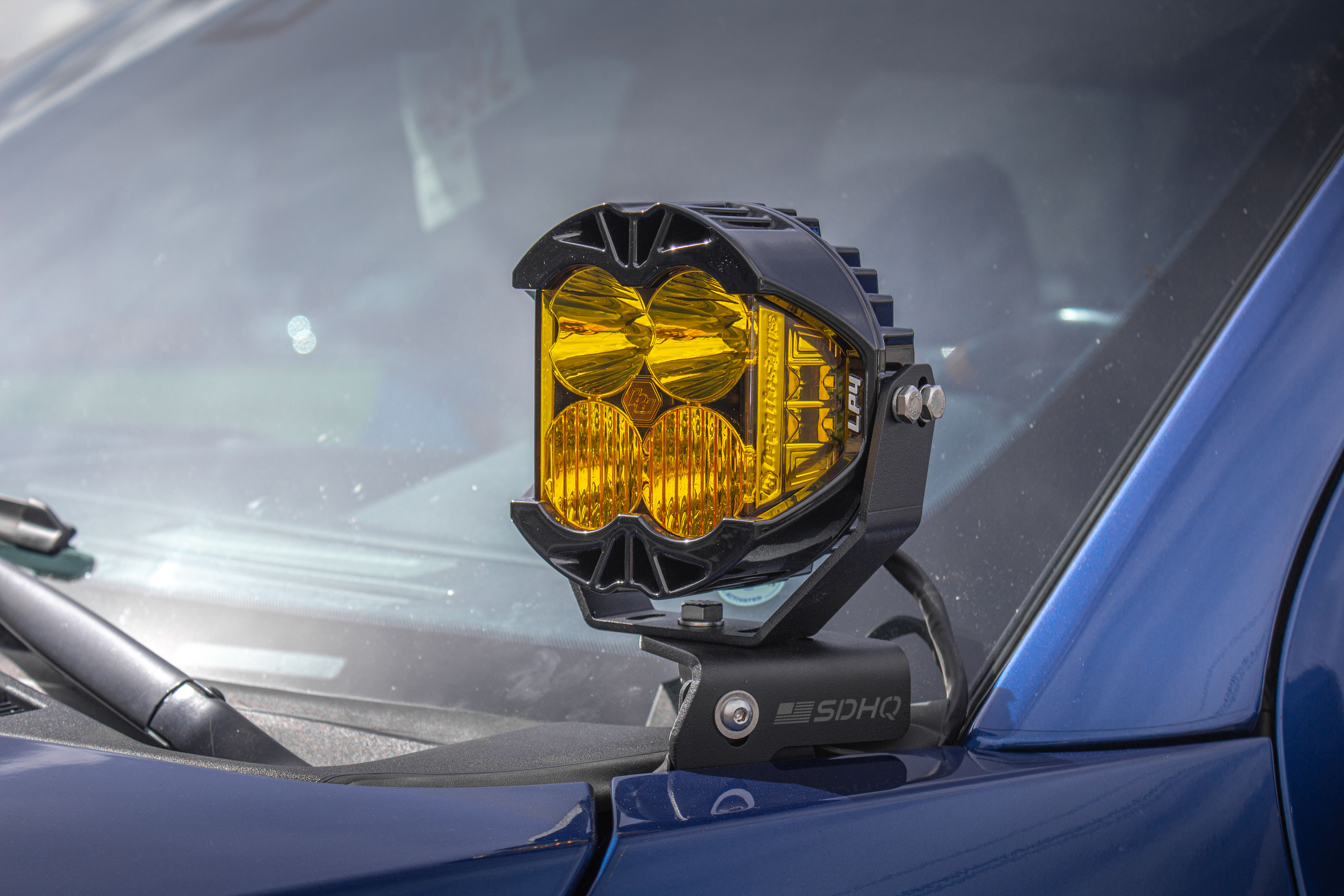 Here’s why: First, the individual lumens rating from the LED factory itself might not be accurate. In the case of no-name LEDs, who knows how accurate these ratings are. If the individual LED’s rating is accurate, the fact is that it wasn't tested in the light bar made by Bob’s Lights. It was tested in a lab type environment under ideal conditions. Why does that matter? The conditions in Bob’s light bar aren’t the same as a lab environment and it is highly likely that the brightness will vary. So, it’s a safe bet that the lumens rating for that light bar is not accurate.

Secondly, these individual LEDs are going to be placed behind a lens in Bob’s light bar. Now, a well-engineered and finished lens made of high quality materials can enhance lumens at various distances. However, in the case of Bob’s Lights, the lens material may be sub-par or not designed to direct the light properly. As a result, the amount of light directed to where you need it is likely to vary. And, the cheaper the lens material used, the more it will reduce brightness.


On the other hand, an LED light that is tested after being assembled will have a more accurate rating – because it’s being tested taking the lens and engineering into account. With the engineering and materials, the fact of the matter is that better designs cost more to make. Better materials are used and the research and development in building light to give optimal output isn’t cheap. This is usually reflected in the price of an LED light pod or bar. While it’s not always true that more expensive equals better, as a general rule, there’s a reason that bar is as cheap as it is.

As previously mentioned, not all polycarbonate is equal. There are varying grades of finish, UV and scratch resistance. This will affect your light’s brightness immediately and especially over time. When comparing brightness, it’s important to consider the beam pattern. If you’re racing off-road, a super bright light that floods a wide range, but only 30’ in front of you, is pretty useless. On the other hand, if you’re looking to light up a work area so you can set up camp or cut wood in the dark, a spot pattern that narrowly projects light 200’ isn’t going to help you much either.

Beam Patterns
Most reputable light companies will not only specify the light’s pattern, but will also list the light’s pattern in degrees, both height and width at a fixed distance. For instance, a light might say its pattern is 81 degrees W by 10 degrees H. This would be a wide, but not a tall pattern. If you’re looking to light up a vertical area, that’s not going to be very helpful. But the bottom line is, just because a light is bright, doesn’t ensure that it’s putting light where you need it. That’s why you’ll want to look at the light pattern.

This is where LUX comes in. LUX is a way of measuring the amount of light over a fixed area of a certain distance. The next thing to consider with brightness is the temperature of the light emitted. Light is measured in Kelvin on a scale of 1,000 to 10,000. The lower numbers are going to be more yellow, while higher numbers will appear more blue. Lights that say 3,000 Kelvin are quite yellow, even if the lumens are the same it will not appear to be as bright. On the other end of the spectrum is light above 5,000K – which looks more blue. 5,000 Kelvin is considered “pure white”, and best replicates daytime conditions. This doesn’t mean it’s brighter but that it is easier on the eyes for both you and on-coming traffic. Compared to their halogen or even incandescent predecessors, LED lights skew more white or even blue.

A high quality light bar or pod will list the lighting temperature, as this is an important factor for serious buyers. Not directly related to brightness, but important – how well does the light dissipate heat? A light that is poorly designed will not dissipate heat as well, and as a result can overheat. Many cheap lights will dim to compensate for this, so that they don’t overheat. So, even if the light was tested after assembled, was it tested at start-up only? Or is that lumen rating good even after an hour? So what’s our brightness takeaway? First, the lumen rating means very little unless it’s put into context. Was the light tested after being assembled? Most super inexpensive lights aren’t. Also, at what distance is that light measured? What is the operational brightness – the brightness at the distance and angle you need? It’s not enough to call a light a spot or flood. Manufacturers who make lights for serious users are going to give this information. What temperature is the light? Is it a more yellow, white, or blue light? When shopping online, these are the things that will tell you what you’re getting, and will allow you to make a more informed decision when it comes to brightness. Of course, there are other important factors when comparing lights as well. How waterproof are they? Will they stand up to the impact that comes from driving off-road? How good of quality are the LEDs themselves? How much juice does the light draw from your vehicle? How about heat dissipation? Will the light overheat and become more dim?

We use cookies to provide and improve our services. By using our site, you consent to cookies. Learn more.